This week at Pine Island, it’s all business as usual: bloom is just about over and the bee boxes are being removed, we continue work on renovation, and of course, being July, it’s hot out there! So instead of an update on our sprinklers, we decided to bring you the first in an occasional series on some of our favorite vendors. And who better to kick this feature off than Sweeney Construction? 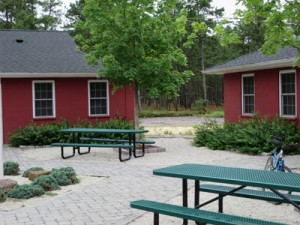 Sweeney Construction, started by Tom Sweeney in 1976, has been working with Pine Island for several years now. After forty years in the business, Tom has retired, and his son Mike is now in charge. “Our first project for Pine Island was the big camp, back when you guys were still in the blueberry business,” Mike says. “It worked out that it was completed right before it was time to use it! We’ve since done probably 12 to 15 different projects over here.” Among those projects: rebuilt three employee homes, renovations on the two camps on the main road, apartment renovations, built three garages, and of course, renovated our main office from a private home to to a building suitable for running a large cranberry operation. Most recently, Sweeney finished the roof on the office with an amazing turnaround time. “Not a lot of companies who can supply that manpower,” Mike says. “It’s been a good relationship for us over the years.” He has high praise for the team members he’s worked with, as well. “It’s been nothing but good interactions with Bill [Haines] and Bryan [vonHahmann],” he says. “And a lot of the jobs here are a little easier because Pine Island has so much of their own equipment. Excavation, septic systems…it helps a lot.” He especially singled out our facilities team (particularly Mike Guest and Louis Cantafio) as well as the precision work of Junior Colon on the excavator. 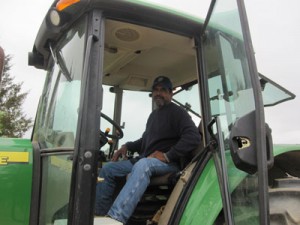 And Sweeney is also looking ahead! In addition to doing repair to work to a historic farmhouse in Eastampton, they’re working on energy-efficient housing. “Our latest project is with Unity Homes in New Hampshire,” Mike says. “It’s a net zero energy usage house: solar panels, post and beam constructions, exposed materials. It’s being built in-factory in New Hampshire and we’re assembling it down here after we finish the foundation work; we’re planning to set the panels in early August.”

As far as Pine Island is concerned, we will of course let CEO Bill Haines have the last word: “Sweeney Construction is one of our favorite vendors. It’s been a pleasure to work with Tom and Mike. They’re always professional, they always do exactly what they say they’re going to do, they always get it right, and they stand behind their work. I can’t say enough good things about them, and I would recommend them to anyone for any project.”