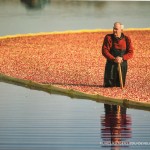 Born and raised here, Bill has deep roots in the pines and believes in working hard and service to the community. In addition to having served on the Board of Directors at Ocean Spray, he is a former mayor of Washington Township and served on the Burlington County Board of Chosen Freeholders, where he was instrumental in the expansion of the county’s Farmland and Open Space Preservation programs. Under his leadership, the county created a Parks Department, which to date has preserved over a thousand acres and developed six parks in the county. He is proud to continue the legacy of vision and leadership that the Haines family has dedicated themselves to for 120 years. 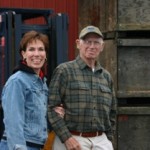 has been working summers on the farm since she was 12 years old, returning to the farm full-time in 1986. A graduate of Bucknell University, Holly is deeply involved with the community, having served as a past member of both the school board and planning board in Washington Township. She currently serves on the Family Selection Committee with Habitat for Humanity and the Internship/Mentoring Committee for the BCC Foundation. Furthering the family interest in education, she is now spending all of her time running the Haines Family Foundation, which she and Bill Jr. (under the auspice of Bill Sr.) created as a tribute to their mother and her championship of schooling for Burlington County residents. Holly resides in Lower Bank.