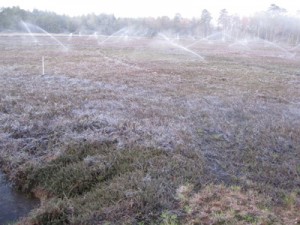 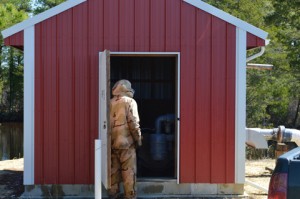 “We’ve had five frost nights so far this year,” says manager Matt Giberson. “Last week was the coldest; we hit 22 degrees in a few places and I believe it would have hit 19 or so if we hadn’t started the pumps. We had reflooded a lot of the bogs that we took off in the last week and a half, so we only had about fifteen to twenty pumps to run, which helps.” Although no one on the team is a huge fan of frost, the weather is perfect and exactly how they want it for now. “Being so cold the last two weeks, nothing is moving, which is helping us be more flexible with the number of systems we need to get in,” Matt says. “The sprinkler crews have been doing a great job in hitting the target every day, getting in at least five systems a day. They’ve been doing so well, in fact, that if we get enough in during the week we have the time to take a day and just go back to clean and do repairs. Another benefit of being so cold is even the plants that are still under water aren’t moving. This helps because some years, if it gets really warm in April, as soon as you take off the water you have to start frost protecting. This year allows us thus far to take our time to take water off slowly and get pumps ready in a timely manner.” 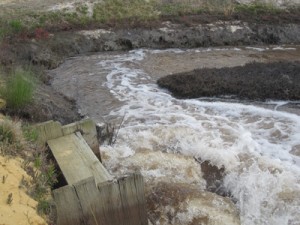 In recent years we’ve moved to an automation process to make this easier on our team, with a combination of automated and analog thermometers for optimal monitoring. The automated thermometer gives us the initial indication that the temperature is dropping. When it hits the first threshold, it sends the notification, and that’s when members of the frost team would head out to look at the analog thermometers. This year, we’ve taken that a step further to further increase our efficiency and lower our fuel costs. 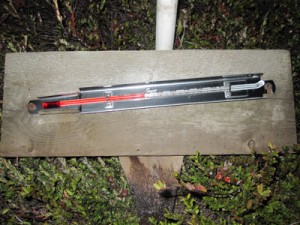 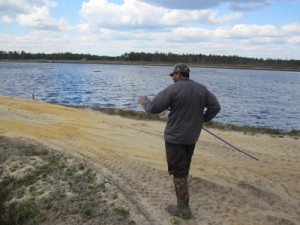 “We programmed 4 pumps to turn on when the temperature in the beds they cover went below a certain level, and then off when the temp got up to the level we wanted,” says COO Bryan vonHahmann. There have been some minor challenges but nothing the team can’t handle: “2 systems dipped below and came on no problem, and also shut off when temp rose beyond our desired level. With the other two, the thermometers were reading just above the low level so they didn’t come on. We waited 20 minutes and they still didn’t dip below; we were anxious so we turned them on manually. That’s when we learned that if we turn them on manually, they wont shut off automatically when they rise above the upper limit. We have another procedure now if that is the case. Ultimately we will let them come on when the thermometers tell them to, and it won’t be an issue.” They also had some settings mysteriously change from the start of the run to the end, so are trying to figure that out and monitoring it closely. “We need to do more programming to create a mesh of thermometers that will turn a pump on instead of relying on just one or two.” 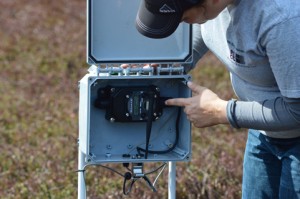 The program may still have a few bugs, but the team feels confident that things are headed in the right direction!