While getting the crop in is our #1 priority at Pine Island every autumn, our team is also hard at work on other important tasks through the harvest season and beyond! 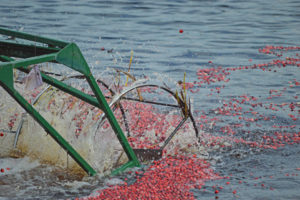 Bog Renovation manager Steve Manning has been busy with the current stages of our reno program. “Most recently we’ve been out working on the next stage at Cedar Swamp,” Steve says. “We got about 3.5 inches of rain over the weekend, so we’ve had to spend some time fixing washouts. But we’re also getting ready to put down the underdrain as well as shoring up the sides of the new dams to help prevent erosion. Next week we’ll start putting gates in again.” With only two harvest crews running, he also has the help of stalwart team members Junior Colon, Wilfredo Pagan, Harry Mick, and Bob Heritage, as well Jeremy Fenstermaker to pitch in with the irrigation layout. 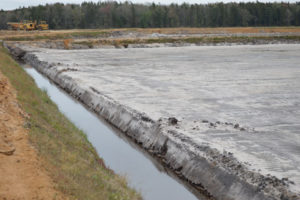 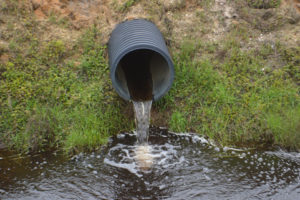 New Production manager Mike Haines is also pretty busy. “We took all the sprinklers out of the new beds a week ago after we got a decent amount of rain,” he says. “The main thing is preparing for all the the post-harvest stuff to improve things for next year.” This mainly means working on drainage improvement; water management, as always, is a top priority for our entire team. “We’ve gotten away from interior ditches in the past couple years and moved to drainage tile, or underdrain,” Mike says. “But last spring we decided to try putting in some trenches, and we’re going to try putting in some more this year. We’ll see if that helps. Trenches help get surface water off a lot more than drain tile did.” He’s expecting a trencher to arrive Monday, and our equipment team is also building one in-house. “I did a survey after the rain, because it was biggest storm all year,” he says. “The young beds generally held up pretty well. A couple of big washouts, which had Steve kind of disappointed. . .but I think it would have been a lot worse without the work he’s already been putting in.” 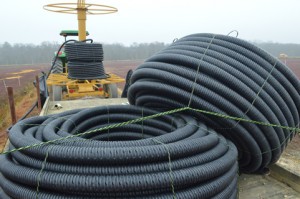 Other tasks include doing some raking in the bogs that got a little growth, and then working on this year’s sanding plan. And in the meantime, we’re going to finish bringing in those berries! 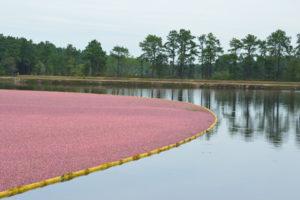