As you may have heard, things around Pine Island Cranberry have been . . . interesting this week. New Jersey caught the tail end of Hurricane Isaac, who brought us over eighteen inches of rains (along with funnel clouds) and left us with an enormous amount of clean-up. 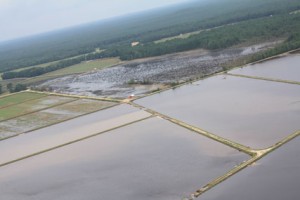 About 1:30 A.M. Tuesday, the rainfall was significant enough that a number of our team members headed out to try and stay ahead of catastrophe, monitoring water levels, pumps, and flood gates. And the rain kept coming. By the afternoon the water had nowhere to go, and the dams began to let go. 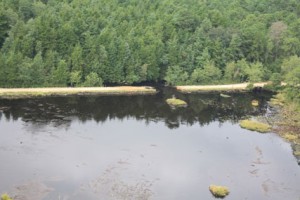 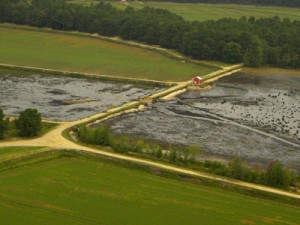 We won’t really have an assessment of the damage to the crop until October’s harvest. But leaving the crop aside, we lost twenty dams on seven major reservoirs, irrigation main lines were damaged where dams washed out, and 50% of the farm was underwater at some point. Some bogs were only under for 24 hours, some for 48, and at Sim Place, where damage was heaviest, some of the bogs were under for almost 72 hours. “We’ll be feeling the effect of this for at least two years,” Bill says. “We won’t know about the crop until harvest begins, but we’ll need to get things back in shape, and it’s definitely slowed down the renovation project. Up until now what we’ve been doing is triage.” 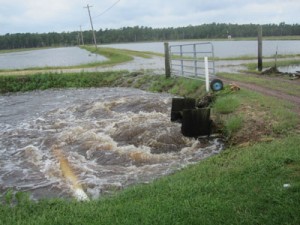 Wednesday’s (9/5) priority was getting the water off the bogs, which became easier once it all had somewhere to go. This was done with the use of lift pumps (a pump that brings water from a lower to a higher level, and usually consists of a piston and vertical cylinder with flap or ball valves in both piston and cylinder base), which are used in this instance to augment the water’s natural flow as quickly as possible, as rapid drainage is particularly crucial in this case. 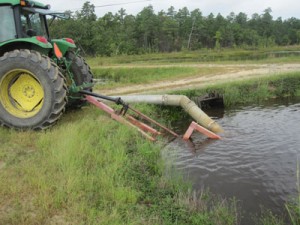 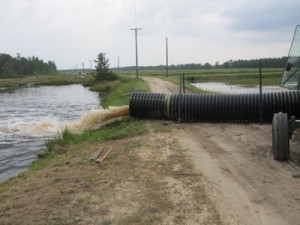 While the greatest damage occurred at Sim Place, the Home Farm suffered tremendously as well. Just off the main road at our Black Rock bogs (actually named for a bad day when its irrigation system was being built; wordplay and Westerns have long been farm favorites), a dam gave way Tuesday night and flooded most of the bogs in the section. Our team did everything they could with everything they had and managed to get the water off the bogs as quickly as possible; as of yesterday, they are already hard at work on repairs. 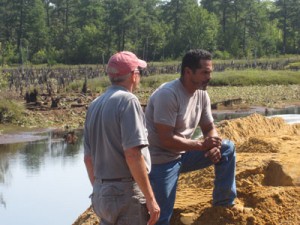 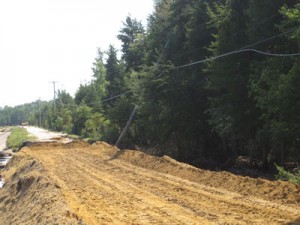 We’ve received many offers of help–equipment, manpower, whatever is needed–from the local cranberry community, and would like to thank Joe Darlington, Bill Cutts, Tom Budd, Sam Moore, Steven Sooy, Stephen Lee, all their families, and several other area residents and growers. We’d also like to thank Ted Ward of Pine Barren Liquors & Deli in Green Bank, who brought a few dozen sandwiches out to a team who had been on duty since 1:30 A.M. We’re very grateful to have such good friends and neighbors. It’s a sign of the strength of our cranberry & local communities that so many are willing to lend a hand wherever needed. We are also extremely grateful that our entire team is safe and that no buildings were damaged. What happens to the crop remains to be seen; we will know for sure when the harvest ends. Bill’s pragmatic take on the situation is that if the fruit was sound to being with, the crop might be okay; the water by itself won’t necessarily be the issue. In the meantime, the Pine Island team will hold steady and keep doing what needs to be done: it’s what we do and who we are. 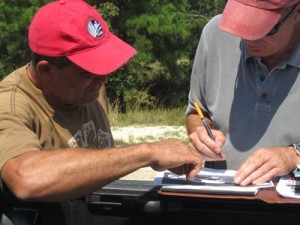