Now that we are beginning renovations at the Birches in Tabernacle, it seemed like a good time to bring back this post from September 14, 2018 about a little of the property’s history.

Pine Island has recently bought back some of the acreage known as the Birches (originally purchased by our founder, Martin L. Haines, in the late 19th century) and this week took a tour with botanist and historian Ted Gordon to chat about the farm’s history. 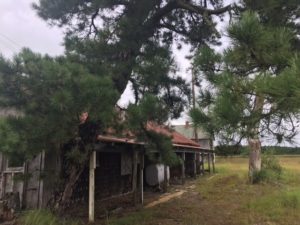 . . . the first cranberry bogs were set out in wilderness about five miles southeast of the Burlington County village of Tabernacle by Pemberton’s legendary pioneer grower Theodore Budd just prior to 1859. Around 1880, Budd sold these bogs and the nearby Goose Pond to Martin L. Haines of Vincentown, who set out additional bogs. . . On the sudden death of Martin in 1905, management of the Birches and its satellite holdings passed to sons Ernest M. and Ethelbert Haines. In 1920, Ernest became the sole owner and manager, while Ethelbert (Bert) presided over the company’s holdings at Hog Wallow.

“Ernest was a very good carpenter,” Ted says. “He built the house that’s still standing here as a foreman’s house originally.” There are also several buildings still in existence that were moved from other cranberry farms at Burrs Mill and Johnson Place. Ernest died in 1935 and ownership of the Birches passed to his sister, whose children and grandchildren continued to manage the farm until the death of Mary Ann Thompson in 2015. 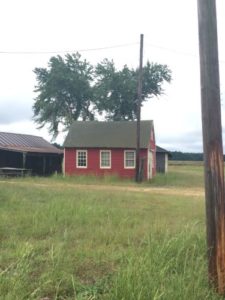 The Birches’ centerpiece is a 120′ by 40′ cranberry sorting barn, the construction of which began more than a century ago. It is one of only three such buildings in continuous operation in the Burlington County cranberry district. 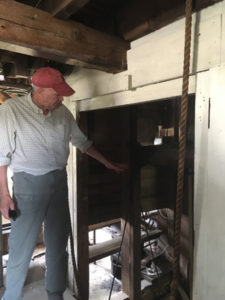 The Haines family is very pleased to return to the land that gave us our start; it’s wonderful to be able to come full circle. We have a lot of ideas for the Birches, and plan to hold steadfast to our core values while also doing its history justice. In this effort, we have a tremendous advantage: Ted Gordon’s knowledge of local history is exceeded only by his enthusiasm for it, and we are truly grateful for his willingness to share it with us!