When it comes to agriculture, too much rain can be just as bad as not enough. And there’s been quite a bit of rain in the area over the past couple of weeks. 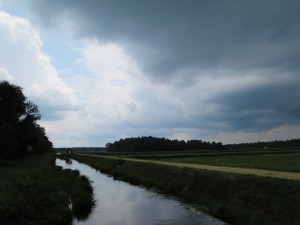 “Getting too much rain is not conducive to growing cranberries,” says COO Bryan vonHahmann. “We’re in the growing season now, but heavy rains can delay that, a little.” It doesn’t just affect the cranberries: “All the work slows down: maintenance, renovation. . .everything else we need to do. So our team has other tasks to work on. We’re rebuilding sprinklers, cleaning up trees, repairing dams, doing anything we can do in poor weather. It all needs to be done; it just means we need to get more done later.” 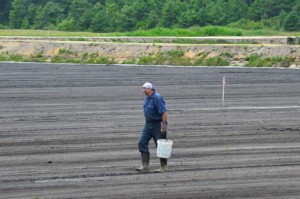 “The rain and the colder temperatures mean the buds aren’t growing as quickly as they should,” says manager Mike Haines. “Right now in the established beds we should be seeing signs of bud break, so Vanessa, Tim, and I are scouting growth stages every day…but the rain slows that down for us.”

In addition to negatively affecting plant growth, many tasks normally undertaken during the growing season have been delayed as well. “It’s held up some fertilizer applications we want to put on the young beds,” Mike says. “The minute you take water off you want new plants to start growing like crazy throughout the whole season. But since it’s so wet, we can’t fertigate because the beds are saturated already. We can’t use the Gephardt because it’ll get stuck, and planes are a no-go. There’s not enough acreage ready to really justify bringing the planes in, anyway, so those applications are delayed.” 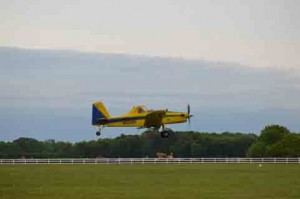 “Planting is stalled as well; we’re still not done planting the Haines variety in Warehouse #1, because it’s too wet for the planter,” he says. “Water is sitting on top of the new growth, so we’re also talking about putting underdrain in there.” There is, however, a bright side! “I can catch up on office work! Right now I’m making a bee map, which will help coordinate the beekeepers when the time comes. We’ll be pretty busy when it finally warms up!”