We finished the harvest this week, but on Sunday we hit another, bigger milestone, and welcomed a new member to the Haines family! 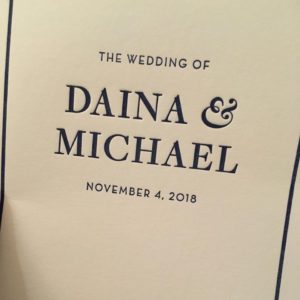 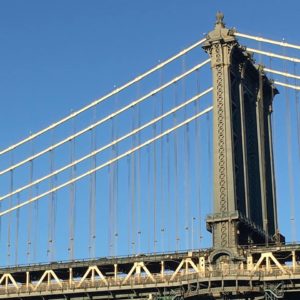 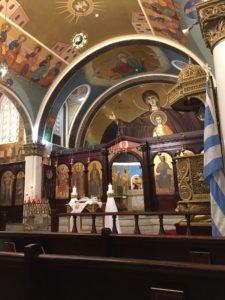 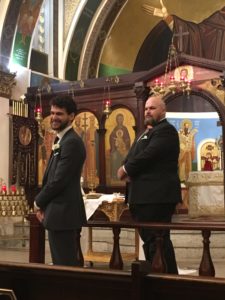 The wedding party included team members Tug Haines and Jeremy Fenstermaker (as the best man and a groomsman, respectively), while team members Matt Giberson and Matt Stiles were able to make the drive up from the farm to celebrate with the family. 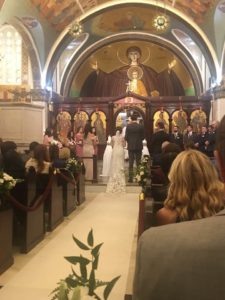 It was an amazing weekend with food, wine, and fun, and we’re all so proud of our Mike. We love you both very much, and wish you a lifetime of happiness together! 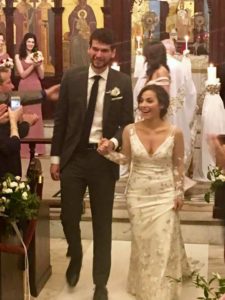 *Some photos courtesy of Nadine Haines, proud mother of the groom! 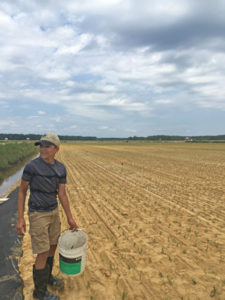 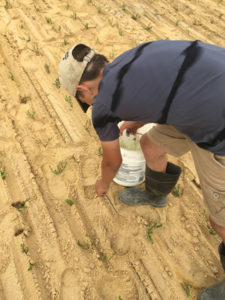 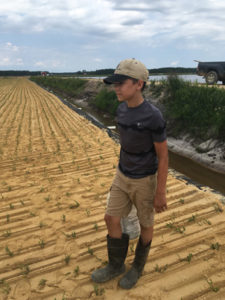 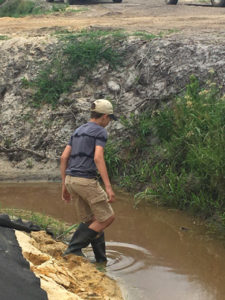 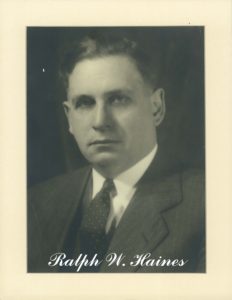 After Martin’s death in 1905, the property passed to his sons Ethelbert, Ernest, and Ralph. Ethelbert and Ernest took over the everyday operation of the cranberry bogs, continuing to expand the property, along with the others at the Birches, Burrs Mills, and Goose Pond. This partnership continued for a few years and then another division was made: Ethelbert took Hog Wallow and Ernest the other properties. Eventually Ralph, the youngest son (and CEO Bill Haines’ grandfather) purchased a part interest in Hog Wallow and was a partner until Ethelbert died in 1953. During their thirty year partnership they greatly expanded the area and planted many more acres of bogs.

The farm wasn’t Ralph’s main interest, however. A graduate of the University of Pennsylvania, he became an attorney practicing in Mt. Holly, NJ. Ralph never really considered himself a cranberry grower; his brother Bert did the majority of the farm work, while Ralph was more of a “behind the scenes” man who kept it all together.

“Bert was the oldest brother, so he was the boss, by age and personality,” says his great-nephew CEO Bill Haines. “He was the visionary and a pretty colorful character. My grandfather was the more sober-sided one who made sure the books were balanced. Uncle Bert had the dreams and schemes; Grandfather was the one who pulled the brake when he needed to.” Ralph was an intellectually curious man who loved to read and had a keen interest in history, and passed that along to his grandson. “He had a broad perspective and a lot of insight,” Bill says. “He loved the business and loved that it was a family business, but he was also interested in how it connected to the rest of the world. And I think he passed that on to the succeeding generations. He was the only brother to have children, and it’s his line who kept the business going.”

It was under Bert and Ralph’s stewardship that Pine Island (then known as Haines and Haines) decided to join the Ocean Spray cooperative in 1948, which has remained a fruitful relationship ever since! And when the business was at its lowest point and the brothers wanted to sell, it was Ralph’s younger son, third-generation grower Bill Haines, Sr., who convinced them to give him a chance to turn everything around. . .and that’s exactly what he did.

Bill Sr had a vision as well as the work ethic to help make Pine Island what it is today, and that’s in no small part thanks to the groundwork done by his father. Ralph’s practical nature made everything we do possible, and we all benefit from his willingness to do whatever it took to keep the family business going through the hard times!