Renovation on some of the bogs in the Black Rock system is going well! Last week we spoke briefly again about Pine Island’s #1 question: “where is the water coming from, and where do we want it to go?” This week, our team addressed that question by starting the removal of wooden floodgates and replacing them with our newer PVC gate design. 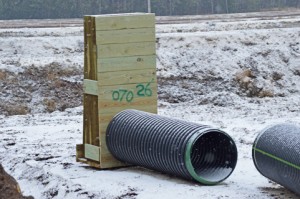 Longtime team member Wilfredo Pagan (35 years!) is in charge of this operation, which is going very smoothly considering the unexpected weather. “Pipe gates are better,” he says. “They’re easier to install, and they last longer, too.” First, though, he has to set up the laser level in order to make sure the gate is set up correctly. The team will be able to put the new gate in at the same depth as the old one. This is where they have to be careful; if it’s not even the two parts of the new gate can shift over time since they’re not one solid piece of pipe. “Once you put them together, the only thing holding them is dirt and pressure,” Wilfredo says. “If you have a situation where the canal is deeper than the ditch, you have to measure at the top of the dam and set it so the uprights are level with it. If the canal is lower than bog and you don’t adjust for it, it can wash out underneath.” 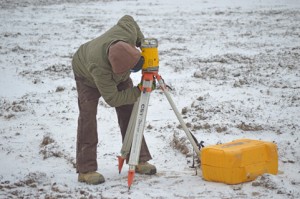 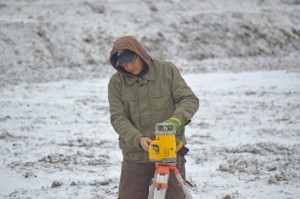 In the meantime, Junior Colon has been on the excavator making sure the water’s been blocked off in both the canal and the ditches. “Once that’s blocked off, we can start digging,” he says. 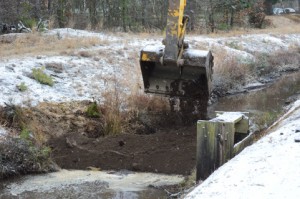 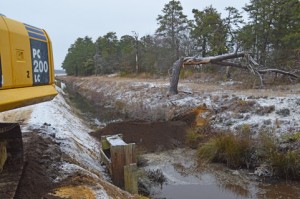 After the water is stopped, it’s time to start digging up the dam. “We go right down to the top of the boards on the old gate,” says Junior, “and then we have to continue to dig behind it to get the turf out and make sure the water’s all gone.” 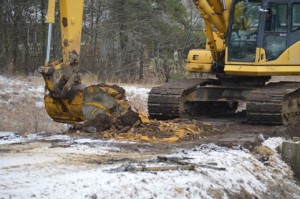 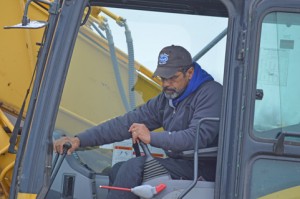 Once the excavator clears out the dirt around the old gate, it’s time to lift each side one at a time to put the chains on for easier lifting. 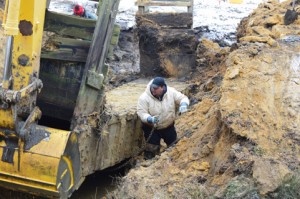 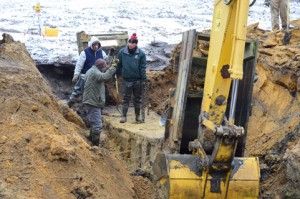 The old gate then gets lifted onto a waiting tractor and hauled away. 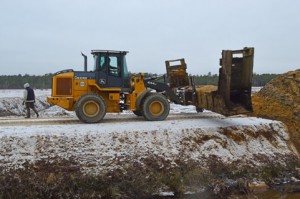 Once the new gate is installed, the team will fill the dirt back and then haul in turf to patch the sides before crowning the dam and moving on to the next gate! 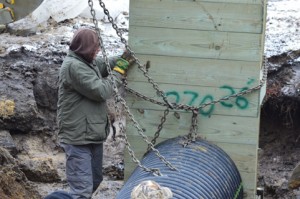 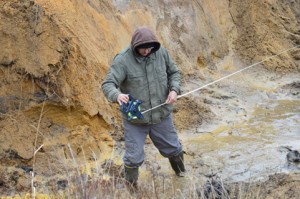