Well-maintained, consistently available equipment and facilities that are fully operational are instrumental to Pine Island’s daily efficiency and the success of our operation, and our Facilities and Equipment team is one of the best around! This week, we welcomed a new member of our Equipment team: Larry Wedemeyer stepped up to fill the welder position. 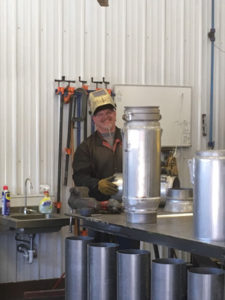 Larry hasn’t worked in agriculture before, but is looking forward to the challenge. “I’m a fabricator by trade; I like to build things with my hands,” he says. “I like being able to make something out of nothing.” He went to school through the military in Aberdeen, Maryland, and got certified two years ago. Originally from Freehold and now a resident of Browns Mills, moving to the area has been a bit of a culture shock! (Though we probably can’t sway him to root for the Phillies or the Eagles, we will eventually manage to get him to say “pork roll” instead of “Taylor ham”, and are feeling fairly confident that he too will eventually be ordering “wooder ice”, just like the rest of us.) There’s a lot of work to catch up with, but Larry is ready: “They’re going to have me on anything and everything; whatever they throw at me, I’ll fix.” 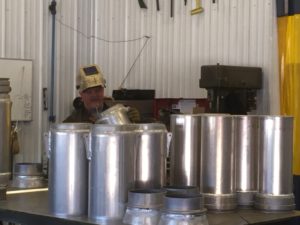 Manager Louis Cantafio was impressed with Larry’s commitment to the community as a member of his local fire department. “Any position here is a tough position to have open, and this one’s been open for a while. What I liked about Larry was that even though he was between jobs, he was still volunteering in his community. I know that volunteer departments require a lot of training and a lot of time giving back, and that spoke to his character. And his chief gave him a great recommendation.” 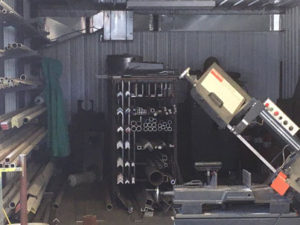 COO Bryan vonHahmann is also pleased to see Larry having a good start. “We clearly saw that he had the talent for welding and he had a lot of enthusiam, so that was all good. When he toured the shop, he looked at the welding area and asked if we minded if he changed some things around for better organization. That was encouraging, because it meant he’s someone who takes pride in what they do and ownership of his work area.” Bryan’s also seen some of his work and says it looks fantastic. “He’s starting with some of the irrigation work, and then we’re going to pick up with some of the harvest equipment. We’re building two new blower tractors, which will require some new design work because they’re a different model.”

We’re looking forward to see what Larry does with them, and will be sure to keep you posted!