This week, we chat with New Production supervisor Matt Stiles! We talked about Matt a bit when we covered the inaugural lunctime learning meeting, but he’s been keeping very busy! A former vineyard supervisor at a local winery, Matt came to us in October (“a challenging time to start at a cranberry farm,” says COO Bryan vonHahmann) and has been doing a little bit of everything ever since. But one of the places he’s been the busiest has been with new production.

“I’ve been doing a bit of everything since I started,” Matt says. “I filled several roles during the harvest, I’ve been running equipment, I’ve been doing some stuff in the office. But my main focus right now is the new plantings.” 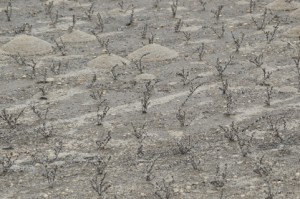 He’s been having a good time, as well. “Everyone’s been nice and helpful,” he says. “I like being out doing what I do; it’s a lot of fun. It’s especially cool watching everything coming out of dormancy. You get to see all the changes occurring, how the different varieties are reacting in different areas on the property. And starting at harvest time means I get to see the entire cycle from start to finish.” While there are quite a few differences between growing cranberries and working in a vineyard, he says much of it is familiar, particularly how both operations manage their ICM programs.

Fellow team members are glad to have him on board. “He’s smart and inquisitive and an all-around good guy,” says Mike Haines. Everyone has had high praise for Matt’s idea of instituting a lunchtime brainstorming meeting, as well. “The first one [on weeds and erosion] was pretty well-received,” Matt says. “The second one was really good, too; everyone had a lot of ideas for how to streamline harvest to make it more smooth and efficient, with a lot of focus on the bogside cleaner.” Within the next week or so, the team will be meeting again to discuss irrigation. 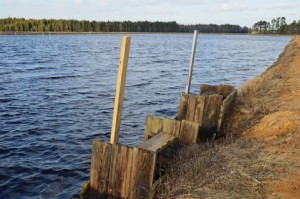 “Matt’s got great experience and capability,” Bryan says. “We’re glad to have him on board.”