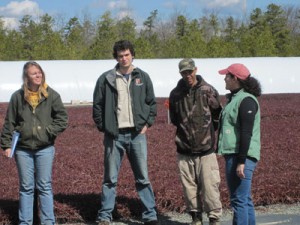 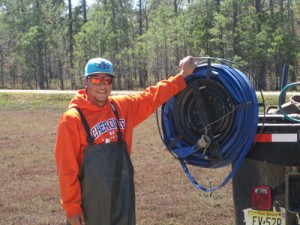 Mike, a graduate of Fordham University and CEO Bill Haines’ youngest son (making him the fifth generation of the Haines family to join the business) comes to us from two years at Integrity Propagation, where he gained nursery experience and began to truly learn a lot about the cranberry industry. “Working with Abbott [Lee, owner of Integrity Propagation] was a tremendous help,” Mike says. “I worked at Pine Island over the summers, but was only really seeing the small scale. I was scouting, setting out traps, all the summer things, but I didn’t realize the implications. I just did what I needed to do when I needed to do it. Abbott helped show me the big picture; I got to see the growing season unfold over the course of a year, and then I got to compare and contrast the following year. Abbott explained everything; if I had questions, he answered them. And now I can bring that with me to learn the big picture on the commercial side.” 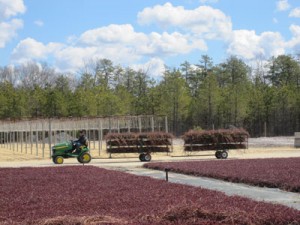 His education here, as with everything else in cranberry production, starts with the water. “Water is complicated!” Mike says. “It’s a long process and I’m always going to be learning it.” However, he has a great instructor in Gerardo Ortiz. “I go out with Gerard every day. The first thing he taught me was all the practical things that apply across the entire farm: how to take out and put in boards, which direction the water goes, how much has to move through.” The next step is going out on his own, starting at the top of the farm, and following how the water is flowing in order to make a plan. 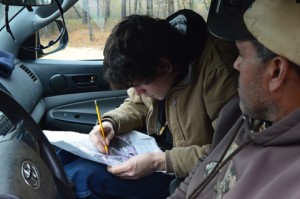 Planning is Mike’s favorite part, and new COO Bryan vonHahmann is impressed with his willingness to ask questions. This week they’ve started meeting with all of the different managers, starting with Louis Cantafio. “Helping with the facilities plan appeals to my sensibilities,” Mike says. “I really like the organizational aspect; that’s a big help with learning the big picture.” He hopes to apply this to working with other growers; he enjoyed travelling with Abbott to meet growers in Wisconsin, Massachusetts, and even Canada, and thinks it will be even better now that he’ll have experience of commercial production and not just the nursery side. Most of all, he’s excited for the warm weather to see the growing season really get underway. 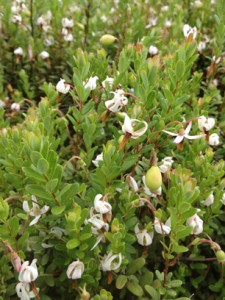 Former seasonal team member Eric Gonzalez-Perez started full-time with us this week, and we’re glad to have him back with us! Last harvest was his sixth year at Pine Island, where he had previously worked with the fairy ring team, the Blue Harvest team, and planting. Currently he is working with Kelvin Colon on one of the sanding crews. 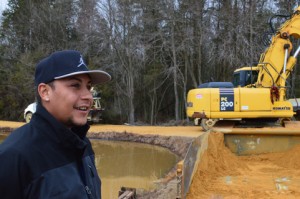 His adaptability and willingness to step in where he was needed made him a natural choice to move up to full-time. Kelvin was very pleased with his work during the fall planting, especially. “He did a great job out there and pretty much became my right hand man,” Kelvin says. Eric will be taking on additional responsibilities as a full-time team member, including working on the frost team and (thanks to his great work in past planting seasons) getting more involved in new production. His long history with Pine Island makes training a snap, as he already knows how to use a lot of the equipment. And like so many others, Eric’s favorite time of year is the harvest, and he can’t wait to see it again. But in the meantime, he says, “I want to learn as much as I can. I want to know everything.” It’s that kind of drive that made Eric such a valuable team member during previous years, and we’re looking forward to seeing more of it on a full-time basis!