Last month was a milestone work anniversary for team stalwart Emmanuel Colon, who has now been here as a full-time team member for five years! 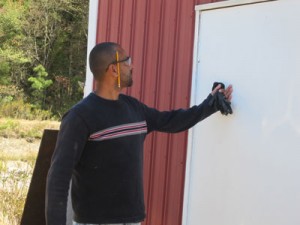 Emmanuel Colon (whose brother Israel is a valued long-time seasonal team member) was a six-year seasonal team member before starting with us full-time in April 2014 to assist Facilities Supervisor Mike Guest. He helped build the new well at Caley, and has excellent technical skills. Back then, during the harvest, he was also on the forklift crew at the packing house, which required a lot of hustle. Presently, in addition to the numerous other tasks he performs throughout the year, he assists the harvest team as a driver, hauling the crop to the Ocean Spray receiving station in Chatsworth.

“He’s a hard worker,” Mike said of Emmanuel at the time. “Not only is he willing to do anything, he’s also willing to stop and ask questions if it’s something he’s not sure about; he won’t just bluff his way through it. I never have to worry if I have to go somewhere; when Emmanuel is left in charge, things get done and they get done right.” 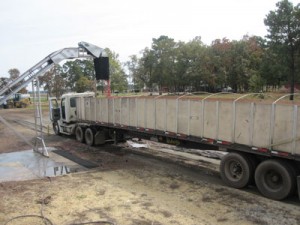 “Emmanuel is a great team member,” says CEO Bill Haines. “He’s very dependable, he works really hard, he’s taken every opportunity to increase his skills and make himself even more valuable to Pine Island, and I hope he’s here for many more years.”