February has definitely been an interesting month for Pine Island. In addition to celebrating a spectacular Super Bowl outcome (the Eagles won the Super Bowl, in case you hadn’t heard) there’s been a patch of unseasonably warm weather. 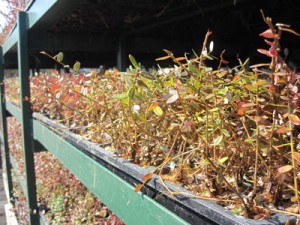 “Warm weather in February doesn’t affect our crop too much,” says Matt Giberson. “We’re seeing some trees budding, though, and it’s really having an effect on the wildlife. Louis opened all the doors in the shop the other morning, and as Mike, Steve, Jeremy, & I were going over the plan for the day, a big frog hopped in and headed over to us like he owned the place.” Steve apparently sent him on his way, but as of this morning, the frog has yet to send in a completed job application. 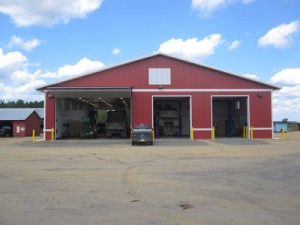 In addition to the frogs, there have also been several turtles on the move; they might even get to where they’re going by the time spring actually arrives. And while many birds have become more active, we haven’t seen much of our eagles lately. 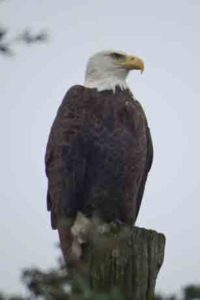 (We have, however, been keeping up on our Eagles. Who won the Super Bowl, by the way.) 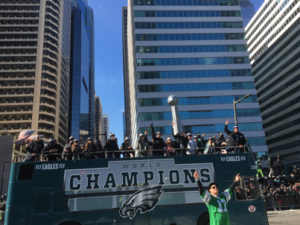 A warm week with little to no wind has also been a great opportunity for our team to do some prescribed burning, which Mike Haines helped with for the first time and found really interesting. “It’s been kind of wet, but it hasn’t rained for a little while and Matt said that conditions were good,” Mike says. “We started burning some pieces that have been done on a consistent basis so it wouldn’t be too intense, which is a good chance to learn. The fire can get big if it hasn’t been done for a while. We started roadside over by the Turf reservoir and then burned a couple of places in the woods by Weymouth and Bluetta.” While some of this is to control the amount of fuel on the ground in case of wildfire, we also do this kill the briars in this particular section, as they can get into the bogs and carry fairy ring. (Fairy ring is not to be confused with actual jewelry, such as a Super Bowl ring, for example. It’s tough to fight–much like the Eagles defense–and doesn’t always have a happy ending…much like the Dallas post-season for the last twenty years or so.) 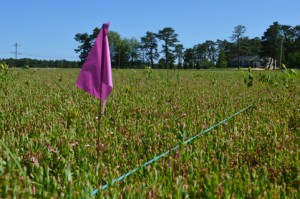 It’s already started to cool down considerably, but our team remains on track to finish sanding by March 9th! 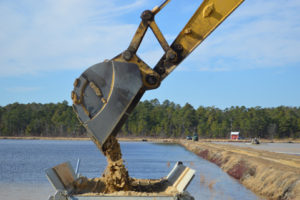 And, of course, hope springs eternal that our Phillies might finish the upcoming season over .500.