Longtime Pine Island friend, business partner, and absolute legend Jon Lindbergh has passed away, and we are all the richer for having known him. 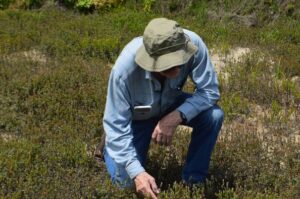 The son of aviators Charles Lindbergh and Anne Morrow Lindbergh, Jon Lindbergh spent a lot of time in the water from a very early age. Among the many accomplishments listed in the New York Times:

Mr. Lindbergh was one of the world’s earliest aquanauts. He explored the ocean depths, pioneered cave diving and participated in daring underwater recovery missions, including one to find a hydrogen bomb that was lost in the Mediterranean Sea off the coast of Spain in 1966.

. . . He went west to college, enrolling at Stanford; after a time he lived alone in a tent a few miles from campus to avoid dorm life. He studied marine biology; started mountain climbing, skydiving and cave diving; and joined the Naval Reserve.

. . . He later farmed salmon in Puget Sound and in Chile as part of an emerging aquaculture industry and sold the fish to airlines and restaurants.

Jon was one of the founders of Cranberries Austral Chile. In 1996, Jon and the other founders invited Bill Haines to become a partner in the company. They remained partners for twenty-five years. Jon was an active and engaged shareholder, and one of his most valuable contributions was helping resolve the issues of water supply. 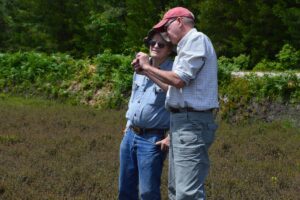 “While we all knew Jon as an intelligent, kind, humble, gentle, great, and good man, I had no idea he had squeezed so much accomplishment and adventure into one life,” Bill says. “I am honored to have called him my friend and shared in his adventures in Chile.” 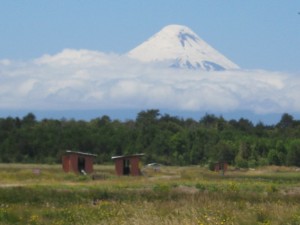 “I was lucky – because of Bill – to have sat with Jon at one of our dinners,” says Pine Island Board of Advisors member Rick Goulding. “We had a wonderful and wandering conversation. The man exuded humility and humanity. He had this natural curiosity about everything. A quintessential American. And a man we’ll all miss.”