Work on bog renovation continues! Our renovation plan really got a boost from a trip to Wisconsin last month. “When [COO] Bryan [vonHahmann] and I went out to Wisconsin, we visited several elite growers [Ed Grygleski of Valley Corp, Steve Gephardt of Beltz Cranberry, Bill Hatch and Nicole Hansen at Cranberry Creek, Chris Weidman of City Point Cranberries, Martin Potter at Cutler Cranberry, and Craige I. Scott and Craige P. Scott of Scott Cranberry Marsh] and came away highly impressed,” says CEO Bill Haines. “We had made the trip because of their incredible increase in production per acre. They have some advantages with regard to location and climate, but each growing area has advantages and disadvantages. The biggest reason we saw was growers in Wisconsin have been very aggressive in the last fifteen years in renovating bogs and making sure they had the best varieties. They improved the way they built their bogs, and they’re still looking for ways to improve every single thing they do.” The Warehouse bogs are going to be the first to reap those benefits. 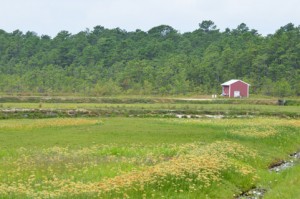 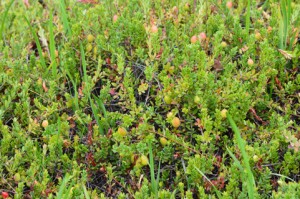 “When we got back, we were determined to do whatever it takes to keep growing and to keep improving,” Bill says. “We’ve known that the Early Blacks are our weakest variety and eventually need to be entirely replaced, and decided to become more aggressive about it. By 2022, we’ve targeted 769 acres to replace Early Blacks with hybrid varieties, and we’re going to do it by using some of the same techniques they use in Wisconsin.” He points out some of results already taking place at Panama, finished in 2012. “We already had a lot of great fruit after only two growing seasons,” he says. “We had nearly 218 barrels to the acre in Panama #6. That’s the direction we want to be going.” 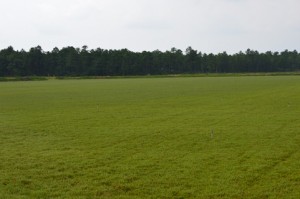 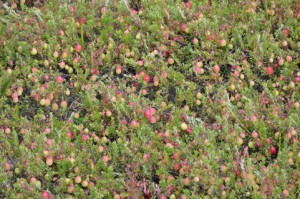 As part of our accelerated growth plan, preparation for the 2015 renovation has already begun. “We’ve started the prep work on the next stage of our renovation plan,” says GM Fred Torres. “We’re going to be hauling out vines and hauling in sand with 25-ton articulated trucks, so we’re widening the turns for more efficient hauling. We’re going to crown the Worth Tract dam to allow the trucks to travel faster. The more we have done ahead of time, the better. Just like 11 Acre and Panama before that: by the time we’re planting, the gates will be in, the ramps will be in, the dams are crowned, and everything’s done.” Bill is very excited about the scope of this project. “It’s a big project; I know that,” he says. “It’s going to take lots of planning, lots of organizing, and lots of plain hard work. The team is going to have to reorganize. We’re going to have to invest in new equipment. But we’re all going to learn and improve as we go along, and everyone is looking forward to the challenge.”

Meanwhile, the 2014 reno is on schedule. Land-leveling has begun at the 11 Acre/Ben Haines site, with planting scheduled to begin September 15. “We should have it all done before the harvest,” Fred says. “Getting it done now means more time to focus on our usual post-harvest work, and we can also start concentrating on the new renovation right away.”