Not sure if anyone’s heard anything about it, but it’s been a bit cold recently and we’ve even had some snow in the region! 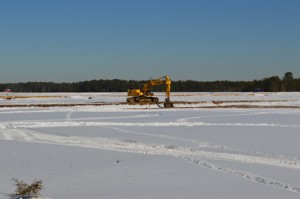 The cold has been a struggle even without the snow. “We haven’t been doing any sanding, obviously,” says Matt Giberson. “At least, not until it thaws out, and in order to do that we need a good rain to melt the ice. We’re at least a week or two from that even happening right now.” 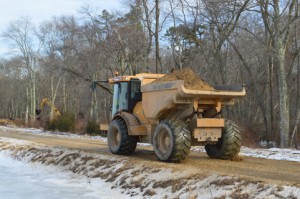 The farm ended up getting about ten to twelve inches in yesterday’s storm, and the team did a lot of work beforehand to get ready. “Some of it was already done as part of the usual routine,” says Louis Cantafio. “But we made sure everything was buttoned up. And in this cold, we’re trying to warm stuff up longer, but otherwise it’s steady as she goes.” 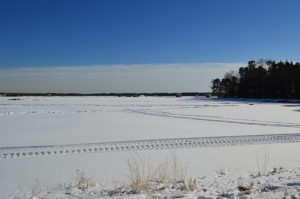 Wednesday was all about storm prep. “We’ve been keeping an eye on the models but you never know what you’re going to get,” said Matt. “We could get anything from one to four inches to one to four feet. But we’re getting the loaders ready and will drop them off with Junior, Wilfredo, Caesar, and Joel so when it hits we can start clearing immediately.” Water, of course, is always our top priority. “The winter flood is on everywhere, and we’ve got all the wells shut down. But it’s been a struggle because of the ice forming; it’s hard to judge what the natural stream is when everything freezes up on us. We’ll keep breaking any ice forming when the snow and the wind blowing into the gates, but we’ll see.” 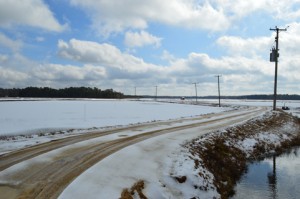 Our team is also doing as little work outside as possible. “We’re keeping the guys inside because it’s going to be brutal for next couple days. When it warms up we can do outside work on the dams, but when it’s 3 degrees out it limits our outdoor work,” Matt says. “So we’ll keep everyone indoors until the temperature rises a little; we’ll work on sprinklers, build gates, do some clean up, get the camp ready for next year when the seasonal guys come back.” 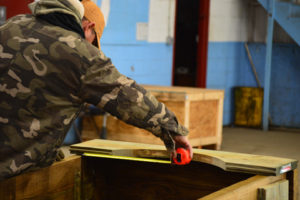 It’s not easy, but our team will keep doing whatever it takes, whatever the weather!