Our team picked the final bog for 2019 yesterday, bringing this year’s harvest to a close. 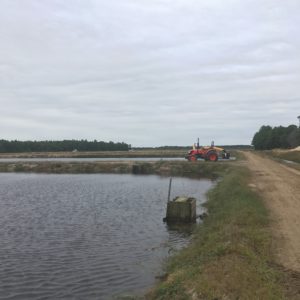 It was a tough season, weather-wise, which meant we had to slow down a lot while waiting for color. 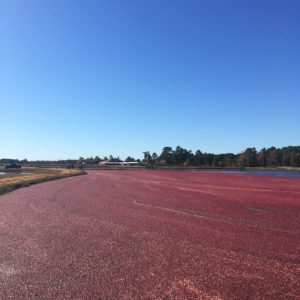 While for the most part, we relied on our bog side cleaners, we did return to the old packing house platform to maximize what fruit we could from the younger beds! We also did some experimenting to improve our equipment: “We experimented with grate spacing on the bog side cleaners to eliminate rot and trash, as well as the brush cleaner at the packing house,” says COO Bryan vonHahmann. 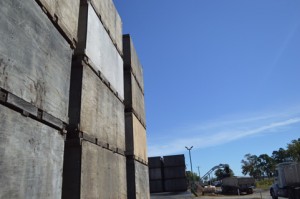 We made some changes to our process as well! “We also took an assembly line approach for gathering; now that we have four cleaners we were able to send a team to get the bog ready to go ahead of time, which made the cleaning go more quickly,” Bryan says. “We were able to cover a lot of acres that way.”

Bryan is already getting ready for 2020 by working on some new training procedures ahead of next year’s harvest. And in the meantime, the rest of our team is getting ready for the next big task: the winter flood!

This week, some of our team members sat down for the inaugural session of “Lunch and Learn”, the idea of team member Matt Stiles. Matt came to us in October (“a challenging time to start at a cranberry farm,” says COO Bryan vonHahmann) and has been doing a little bit of everything ever since. But one of the places he’s been the busiest has been with new production. 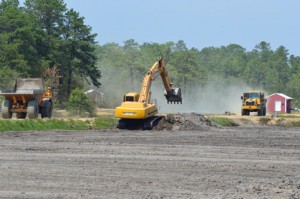 “Setting up this meeting was all Matt’s idea,” says Bryan. “When he came to me with it, I thought about it for a bit and really liked the idea. So I told him to go ahead and facilitate it. He organized the whole thing: the venue, the attendance, the time…lunch was a great idea because it keeps things casual and it’s a chance for everyone to sit down at the same time.” The first topic was weeds and erosion because, as Matt says, “they were something I’d been paying a lot of attention to while working with the new beds; with all the new production I thought it’d be a good idea if we stayed on top of it.” 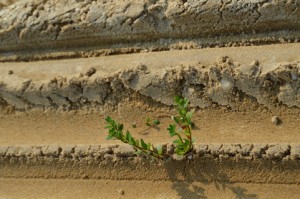 Tuesday, Matt sat down with Bryan, CEO Bill Haines, Mike Haines, Steve Manning, Jeremy Fenstermaker, Matt Giberson, and Tim Bourgeois for an informal lunch meeting to discuss issues with weed control and erosion as well as brainstorming ideas for prevention and repair. “I wanted to have these meetings to discuss issues and solutions,” he says. “To talk about weeds in the new bogs and what we can do to prevent them, because it can get expensive to fix later on. So I figured we’d start with weeds, have a discussion, come up with some solutions to prevent them from establishing.” Some solutions have already been working. “Putting in clean sand will help a lot, though we have to be careful if we start to stockpile it.” Matt also found an article from Massachusetts about putting grass or a cover crop on dams to prevent weeds from getting into bogs. “We’d have to stay on top of mowing, but it might save extra work down the line. With new bogs we need to be vigilant with prevention after root establishment. If we see weeds, we need to hand pull them as best we can.” The team also discussed erosion, which can take a lot of time to fix and can cause us to lose plants. “If it takes three or four years to establish vines, over time we’re going to have a lot of acres to be repaired, which can take time and get expensive, so we need to do what we can to prevent it.” Our bog reno team already has some solutions in place for this as well. 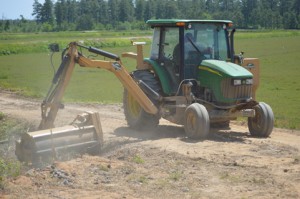 The team ultimately decided to test a couple of things on a smaller scale, with the hope of expanding the methods to a larger area if all goes well. Both Matt and Bryan were pleased with the outcome. “I think we came up with some really good ideas to make things better,” Matt says. Bryan agrees, and is also looking forward to other topics to be discussed at future meetings: “The guys came up with a lot of good stuff to work on: applications, debris reduction, harvest technique. And it’s great that Matt came up with this; he’s got great experience and capability, and I’m excited to see where we go with this in the future.”

One of our strategic drivers at Pine Island Cranberry concerns People/Knowledge sharing. People are our greatest asset, and strengthening our ability to develop and retain our team members will help us effectively continue our tradition of excellence. To achieve our objectives, we must deliver results; this requires effective communication. This week, we held one of our regular safety meetings for both our full-time and seasonal team members, in order to both keep them updated and to make sure we are all on the same page before harvest begins in the autumn. 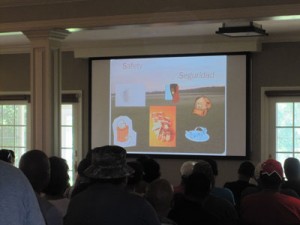 Cristina Tassone, our PIICM manager, stresses that it is important that our team works together in a safe manner to achieve our goals. Safety always comes first; it is each team member’s job to check the safety board first thing every morning. 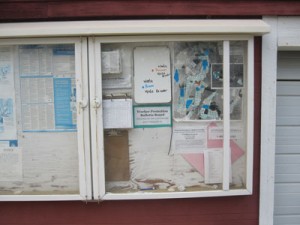 We have recently discussed how important it is to effectively manage heat conditions for the bogs; it is equally as important when you’re out working in it. The very first thing each team member needs to do is stay hydrated and wear a hat. For other safety concerns, each team member has also been provided with a bag containing a pair of gloves, ear plugs, safety goggles, and dust masks. 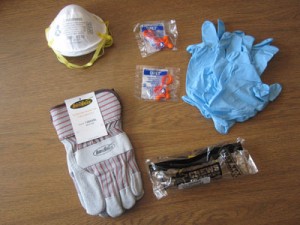 In addition to the safety refresher, Cristina outlined our team targets prior to harvest. One of our pressing concerns involves weed control in the bogs. Management has targeted removal of dewberry and maple from the bogs by September 17th. 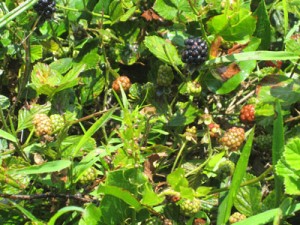 Dewberry, according to the USDA’s IPM website, is a “very persistent plant that competes with cranberries for light and interferes with harvest” while “red maple trees…invade beds as windblown seed.” 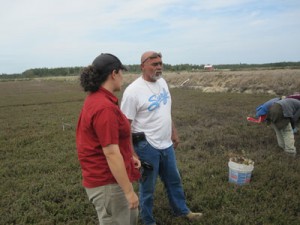 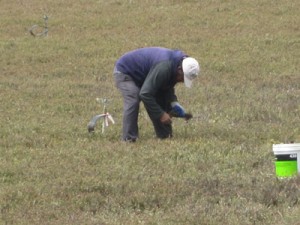 Cristina also outlined some harvest changes, due to the ongoing Oswego renovation. 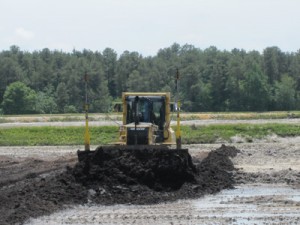 Ultimately, it is important that the Pine Island team “works together in a safe manner to achieve our goals,” as Cristina previously noted. Close collaboration among our team members contributes to our mission and our vision, and, as always, allows us to live our core values daily.