While Ocean Spray knows our bogs by number for record-keeping purposes, our team at Pine Island mostly knows them by their names. We’ve mentioned some of them in passing, particularly with our posts on bog renovation, but with one minor exception, we haven’t gone into much detail about the story behind them.

Some bogs, of course, are named after family. There’s Billy, for CEO Bill Haines, Jr., and Holly, for his sister, who is also our previous CFO. 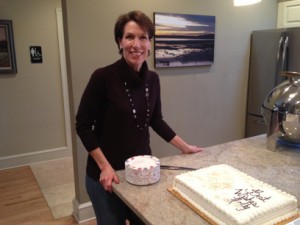 We also have Nadine, a set of five high-production bogs built in the late 80s in a former blueberry field and named for Bill’s wife. Not too far from our office are Stef, Becky, and Tug (also known as the SBT bogs), named after Bill’s three oldest children. We can’t speak for Bill and Holly and their own namesakes, but this blogger can reliably report that every year at harvest time, Stef, Becca, and Tug have a (mostly) friendly rivalry over whose bog is the highest producer. (Nadine stays out of it entirely, as she always wins!) 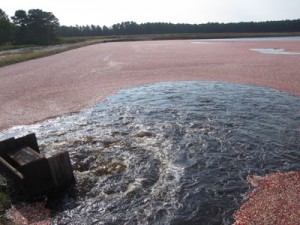 We also have bogs named for former team members and residents. The best recognized is probably Fred Brown, a section consisting of four bogs located near Brown’s former home on the property. Fred is, of course, most well-known to readers of The Pine Barrens, by John McPhee, and was a highly colorful character, to put it mildly. From the first chapter:

“I don’t know what’s the matter with me, but there’s got to be something the matter with me, because drink don’t agree with me anymore,” he said. He had a raw onion in one hand, and while he talked heshaved slices from the onion and ate them between bites of the chop. He was a muscular and well-built man, with short, bristly white hair, and he had bright, fast-moving eyes in a wide-open face. His legs were trim and strong, with large muscles in the calves. I guessed that he was about sixty, and for a man of sixty he seemed to be in remarkably good shape. He was actually seventy-nine. “My rule is: Never eat except when you’re hungry,” he said, and he ate another slice of the onion.

It’s not possible to improve on McPhee’s prose; if you haven’t read The Pine Barrens yet, it’s a fantastic book. You’ll come away from it wondering why the only thing we named after Fred is a cranberry bog. But cranberries are a perennial fruit; much like McPhee’s evocative writing, those vines will still be here as a memorial and a testament to our own history as well as that of the pines and its residents.