Our team is still working on sanding and all of the other usual winter tasks, so this week, we’re bringing you a quick look at one of our favorite vendors: Allen’s Oil! 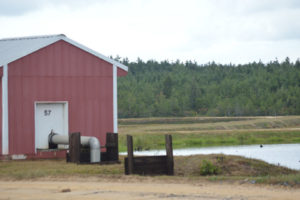 Allen’s, a fourth-generation family business in Vincentown, has been Pine Island’s diesel vendor since 2013. From their website:

In the 1940s, Harry T. Allen, Sr. and his son Harry T., Jr. started to deliver home heating oil along with coal. In 1964, the business was passed along to Harry, Jr. In 1977, Harry’s sons, Ronald L. Allen and Roger P. Allen, purchased the company where Ronald served as the third generation company president while his brother, Roger, was vice president.

With Ronald’s dedication, the business continued to grow. In 1991, Ronald decided to add a full-service propane division, at which time the name went from Allen’s Oil to Allen’s Oil and Propane, Inc. As the propane division grew, it was time to expand. In 1994, the Hammonton, NJ office and storage facility was opened with the ability to store 205,000 gallons of propane. Since that time, Allen’s has opened two more storage facilities: one in Elmer, NJ (2005) which has 108,000 gallons of propane storage and another in Southampton, NJ (2008) which has 120,000 gallons of storage.

In June 2001, Ronald purchased Roger’s share of the company. Keeping with the family tradition, Ronald now runs the company with his wife, Sandra, and their two sons Douglas and Jason. As of today, Allen’s Oil & Propane Inc. has a customer base of over 10,000 customers and continues to grow every day.

“I came in to meet with Bill,” says owner Ron Allen, “and he was completely straight with me. I asked him what he was paying, told him what I could offer, and he said, it’s a deal.” It’s a tough business to be in these days, Ron says, but “it takes people from both sides to make it work, and Pine Island is always there to support us.”

And we’re glad to support them, according to CEO Bill Haines: “Allen’s Oil is the kind of vendor we like,” he says. “They’re totally dependable and totally reliable. Which means that we not only don’t have to worry about whether they’re going to be here and do what they say, we don’t even have to think about it; we can just count on it.”