A coyple of weeks ago we outlined Pine Island’s spring targets. This week, we spoke with some members of the equipment team for a little more detail on their particular projects! 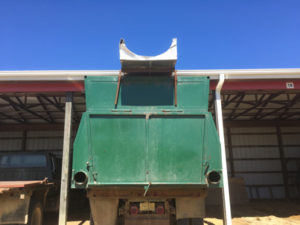 “We have the sand screener in this week for preventative maintenance,” says team member Coco Mercado. “We’re checking the bearings and greasing everything, putting in a new screen in because there were holes in the old one…we’re fixing anything major so in the field they don’t have problems with it.” This is important, because the sand we use for this project needs to be as pure as possible in order to prevent soil compaction (which can restrict water and limit growth) so we screen it before using it on the barge to take out any clay, stones, or other debris which could cause problems. “Since they got a little ahead with the screening, now’s the perfect time to bring it in,” Coco says. “If we work on it now, when they need it again they don’t have to wait, they can just get moving. We’re just waiting for a few parts to come in and it’ll be back out there!” 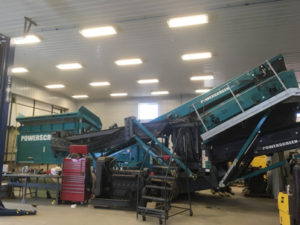 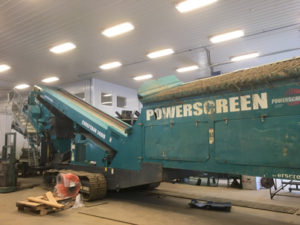 Other ongoing shop projects include a revamp of the debris trucks that we use in conjunction with our bog side cleaners. 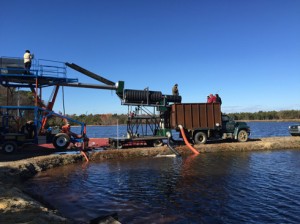 “We had some issues during the last harvest season because the trucks were getting a little top heavy,” says team member Fred Henschel. “We’re going to knock a foot off to help with that. I’m cutting the original ones apart and making them more like the newer ones with the exposed sides and and painting them all to match. Very similar to the original trucks, but a foot shorter in hopes of them being easier to control; there was so much weight hanging off the back that it grew really difficult for the drivers to steer once the trucks filled up. We’re modifying a couple other little things such as changing the way doors are hinged so if something gets stuck, it’ll be easier to access. Whatever we can do to make it easier, better. And in addition to fixing the original four, we’re building three more brand new ones!” 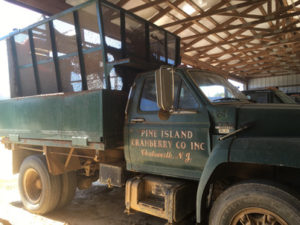 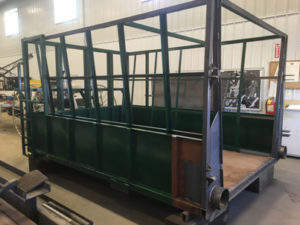 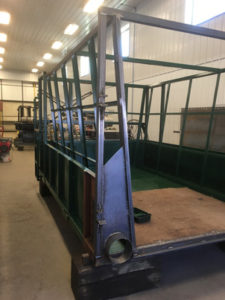 The next phase in our automation program is also underway just in time for the upcoming frost season! Pump automation has been a boon to our operation. Field data is sent wirelessly to a master controller, which continuously communicates with the network of devices, sending commands to turn on engines and pumps when needed. It gives our team a lot more control: the computer actually handles a lot of the start-up and shut-down process, which is what usually takes up a big chunk of the time an operator is out there running water, either during frost or heat. It also helps us reduce our fuel cost and wear and tear on vehicles as well as protecting that most crucial resource for a cranberry operation: water! 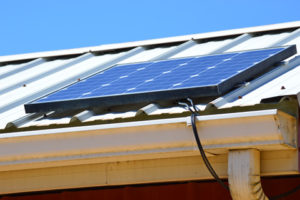